School segregation in New Jersey was outlawed in 1947 under Article I of the newly ratified New Jersey Constitution. As a result, desegregation began in schools where segregation existed, largely in the state’s southern counties. Teachers and students were assigned to classes without regard to race. This photograph shows the classroom of Dorothy Allen Conley (1904-1989) at the West Berlin Elementary School after Berlin Township integrated its schools. Conley found integrated classrooms caused positive change. “Prior to that, children from different schools were always involved in daily incidents of name calling and physical fights….Integration changed that,” she remarked in 1987. 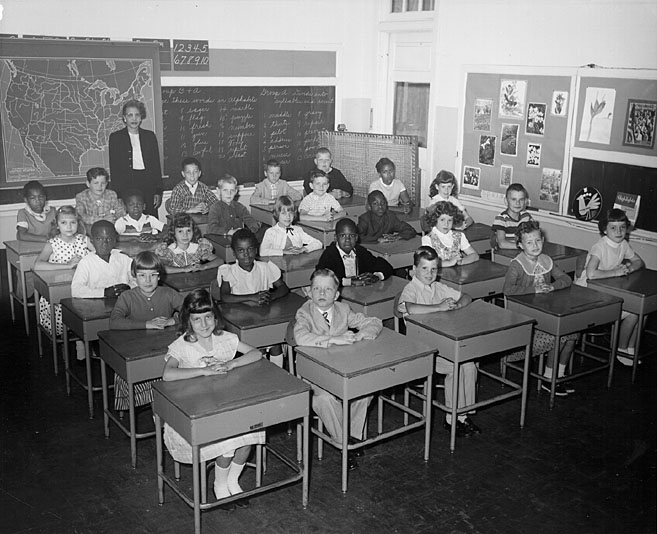