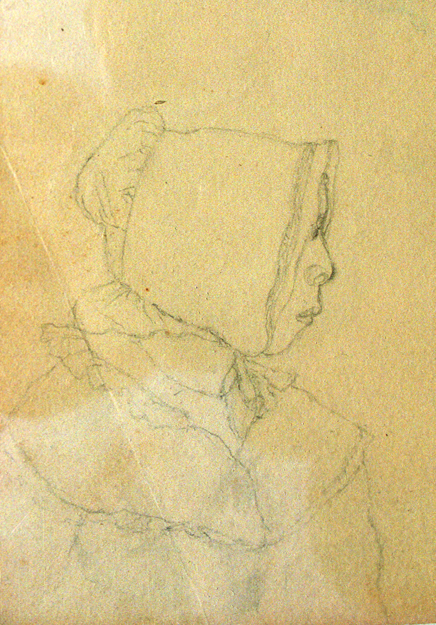 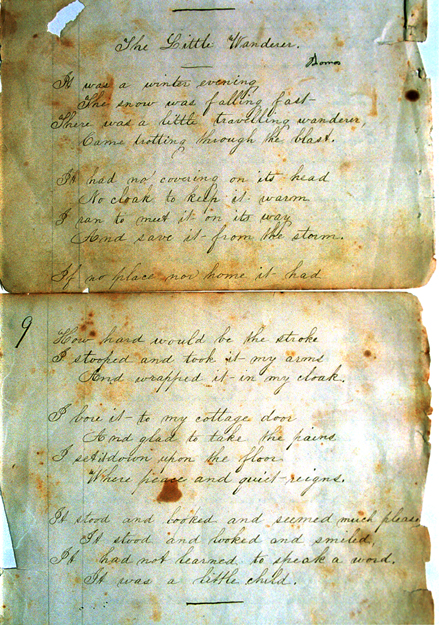 Poem believed to be in the hand of Esther Saunders

This poem is one of fifteen extant poems by Esther Saunders, a free African American woman living in Salem County in the first half of the 19th century. Known as “Hetty,” Saunders was the daughter of an escaped slave from Delaware who had sought shelter for his small daughter among Salem County Quakers. Hetty was raised in the Hall family of Elsinboro and worked as a servant in their household and later in other Salem County households. Saunders worked hard all her life but managed to take time to express her inner life through poetry. Her editor suggests: “Through allegory and symbolism, Saunders was able to say things that stated directly would have alienated her from the white families with whom she had to work.” In this poem, her editor suggests, she may have been reflecting on her own infant experience or the experiences she witnessed of other escaping slaves passing through Salem County. The pencil drawing of Saunders was rendered by a member of one of the families for whom she worked. To learn more about this fascinating woman and her poetry, see Dr. Pierce’s book cited above.