Washington’s Reception on the Bridge at Trenton in 1789 on his
way to be Inaugurated 1st President of the U.S.
Courtesy, New Jersey Historical Society  ,1789 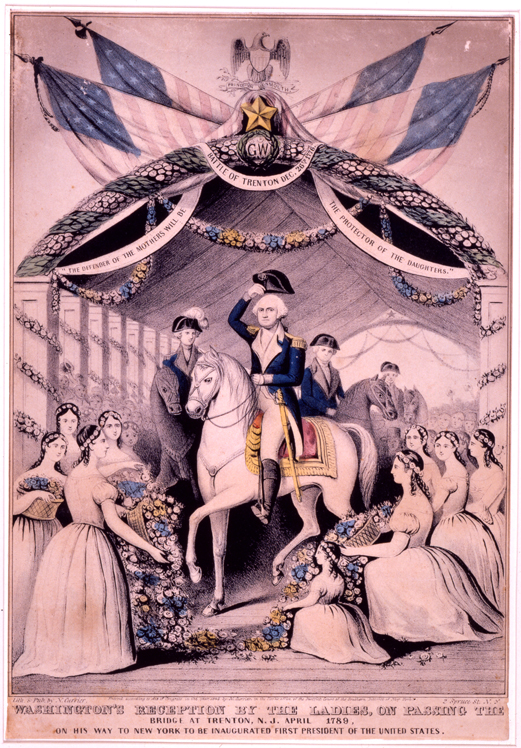 In April of 1789, George Washington traveled from Mount Vernon, his home in Virginia, to New York City where he was to be inaugurated the first president of the United States. Every town and city along his way greeted him as a national hero. This engraving depicts his arrival in Trenton, New Jersey, where he was greeted by a chorus of young girls and women dressed in white, decked in wreaths and chaplets. The girls threw flowers in his path and sang a poem that began with the words “Welcome, mighty Chief!” and ended with he words “Strew your Hero’s way with flowers.” As depicted in the engraving, Washington passed under a laurel triumphal arch some twenty feet high, raised on thirteen pillars and inscribed in gilt:
“THE DEFENDER OF THE MOTHERS WILL PROTECT THE DAUGHTERS.