Nellie Morrow Parker is shown here with her father and brother, c. 1927. Parker became the first African-American public school teacher in Bergen County in 1922 when she was hired as a young woman to teach fifth and sixth grade in the Hackensack public schools. During her early years of teaching she and her family were subject to criticism by the Daughters of the American Revolution and the Knights of Columbus, and to harassment by the Ku Klux Klan. 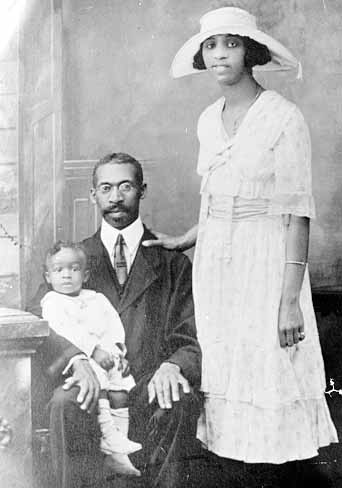