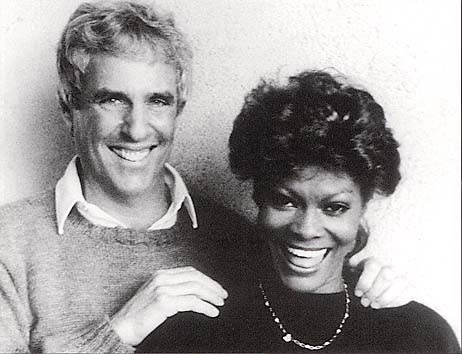 Pop and soul singer Dionne Warwick began collaborating with the composer Burt Bacharach in 1962. They had thirty single hits and about twenty best-selling albums in one decade. Warwick continued to sing solo as well as with other artists during her four decades as an entertainer. Among her hits are the tunes, “Do You Know the Way to San Jose,” “Message to Michael,” “This Girl’s In Love With You,” and “I’ll Never Fall in Love Again.”  In 1968, she won the first of her five Grammy Awards and became the first African American solo woman artist of her generation to be recognized with the award for “Best Contemporary Female Vocal Performance.” Warwick began her singing career as a child in her East Orange church and with her family’s renowned group, The Drinkard Singers. Later she was a backup singer for many recording stars of the 1960s, among them Dinah Washington.