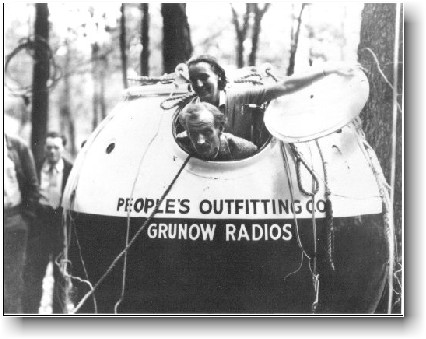 Jeannette Ridlon Piccard (1895-1981) of Sparta was the first woman to be ordained as a priest in the Episcopal Church. Her religious journey began at Bryn Mawr College, where Piccard spoke of her aspiration to become a priest to the college president at the time. While many others had dissuaded her from setting her sights on an occupation not open to women at that time, President Thomas encouraged Piccard to prepare for the priesthood through studies in philosophy and psychology.

In 1967, Piccard authored a motion which stated that women should be allowed to serve as lay readers in worship services on an equal basis with men. The motion was instituted as an Episcopal Church law. Four years later, in 1971, the 76-year-old Piccard was ordained as a deacon. The next step, which was ordination as a priest, was still closed to women. Despite this setback, Piccard prepared for the priesthood by attending General Theological Seminary in New York. Her hard work paid off in 1974 when Piccard became the first woman ordained to the Episcopal priesthood. At 79, she was the oldest of the eleven women ordained that day. Women were still not allowed to become priests so Piccard’s ordination was not recognized by the Episcopal Church until 1977.

Piccard also made history when she, alongside husband Jean Piccard, piloted a balloon nearly 58,000 feet over Lake Erie. Piccard used the 1934 flight to study the effects of cosmic rays in the stratosphere. She was consequently the first woman to enter space, and hers was the first successful stratospheric flight made through a layer of clouds with a balloon that remained under control for the entire flight. In 1963 she became an adviser to the National Aeronautic and Space Administration (NASA).