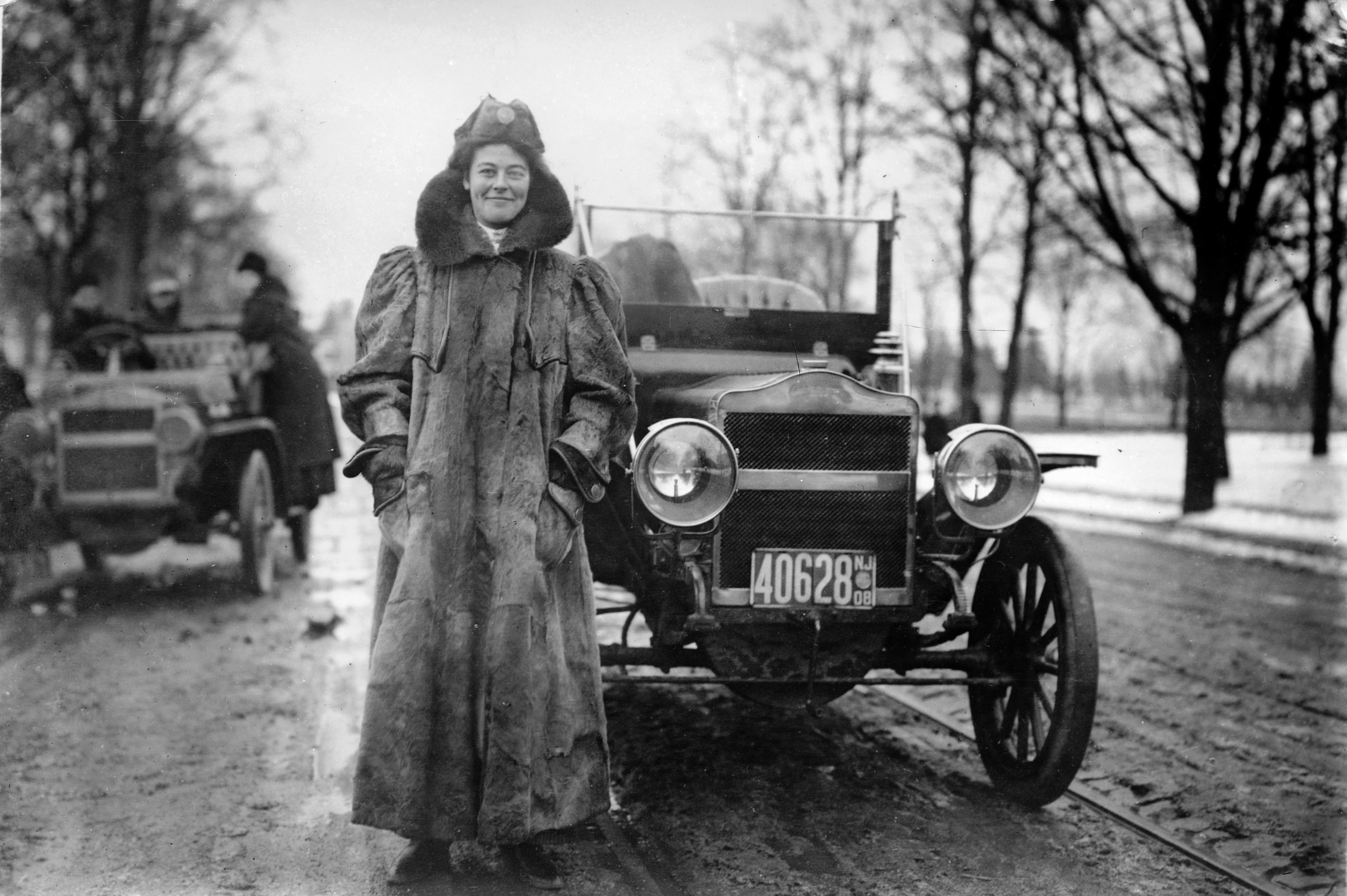 Image from the Library of Congress, Prints and Photographs Division, Washington, D.C., LC-DIG-ggbain-03065

Hackensack native Alice Huyler Ramsey (1886-1983) made her mark in 1909 as the first female to drive across the United States.

After an episode with a runaway horse and rig, Ramsey’s family felt that she would be better suited to driving an automobile. Her husband surprised Ramsey with a red Maxwell roadster that she learned to drive in only two lessons. In 1909, the 22-year-old set out in what proved to be the first successful attempt by a woman to drive across the country. Her car was fitted with a special 20-gallon-tank, and Ramsey was joined by sisters-in-law Margaret Atwood and Nettie Powell and friend Hermine Jahns. The daring group adopted the slogan “From Hell Gate to Golden Gate” at the start of their epic journey. Along the way, Ramsey and her companions faced tire blowouts, broken axles and coils, and harsh driving conditions and overcame these setbacks without the assistance of a road map. They arrived safely in San Francisco where Ramsey was cheered as the first woman to drive from ocean to ocean.

Ramsey was named Woman Motorist of the Century by the American Automobile Association, organized and served as the president of the Women’s Motoring Club of New York, and ultimately drove cross country over 30 times throughout her life.