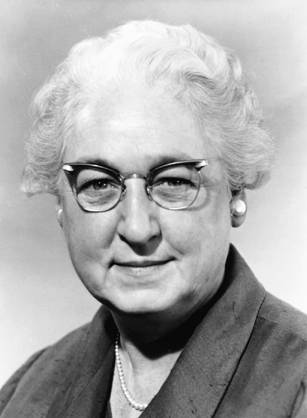 Dr. Virginia Apgar (1909-1974) of Tenafly developed the Newborn Scoring System, otherwise known as the Apgar System. This allows medical professionals to quickly evaluate the medical condition of a newborn.

In 1933, Apgar graduated from the College of Physicians and Surgeons at Columbia University. She became the fifth woman to intern in surgery at Columbia Presbyterian Medical Center. Five years later, Apgar made history as the first woman to lead a department when she took over as the director of the Anesthesiology Division at Columbia Presbyterian. She remained in the position until 1949 but resigned to join the Anesthesiology faculty at Columbia University’s College of Physicians and Surgeons.

Apgar created her world-renowned scoring system in 1952. Administered one minute and five minutes after birth the test rates babies on a scale of 0 to 2 on each of the following five signs: heart rate, respiration, muscle tone, reflexes, and color. The Apgar System has become a standard procedure in hospitals worldwide. Recognized for her contributions, Apagar won the Gold Medal for Distinguished Achievement in Medicine from the Alumni Association of Columbia College of Physicians and Surgeons. She was also named the 1973 Woman of the Year in Science and Research by the Ladies’ Home Journal. That same year she received the Ralph M. Waters Award from the American Society of Anesthesiologists.

How has the Apgar System influenced additional evaluation processes in medicine?

What challenges did Dr. Apgar experience in her medical career and how did these challenges influence her work?

How did Dr. Apgar’s early life influence her decision to enter the medical field?

Why was Dr. Apgar’s contributions innovative?

Calmes, S.H. “Dr Virginia Apgar and the Apgar Score: How the Apgar Score Came to Be.” Obstetric Anesthesia Digest 36, no. 1 (2016): 14–15.
(Login Required: Link to Resource at Rowan University Libraries)