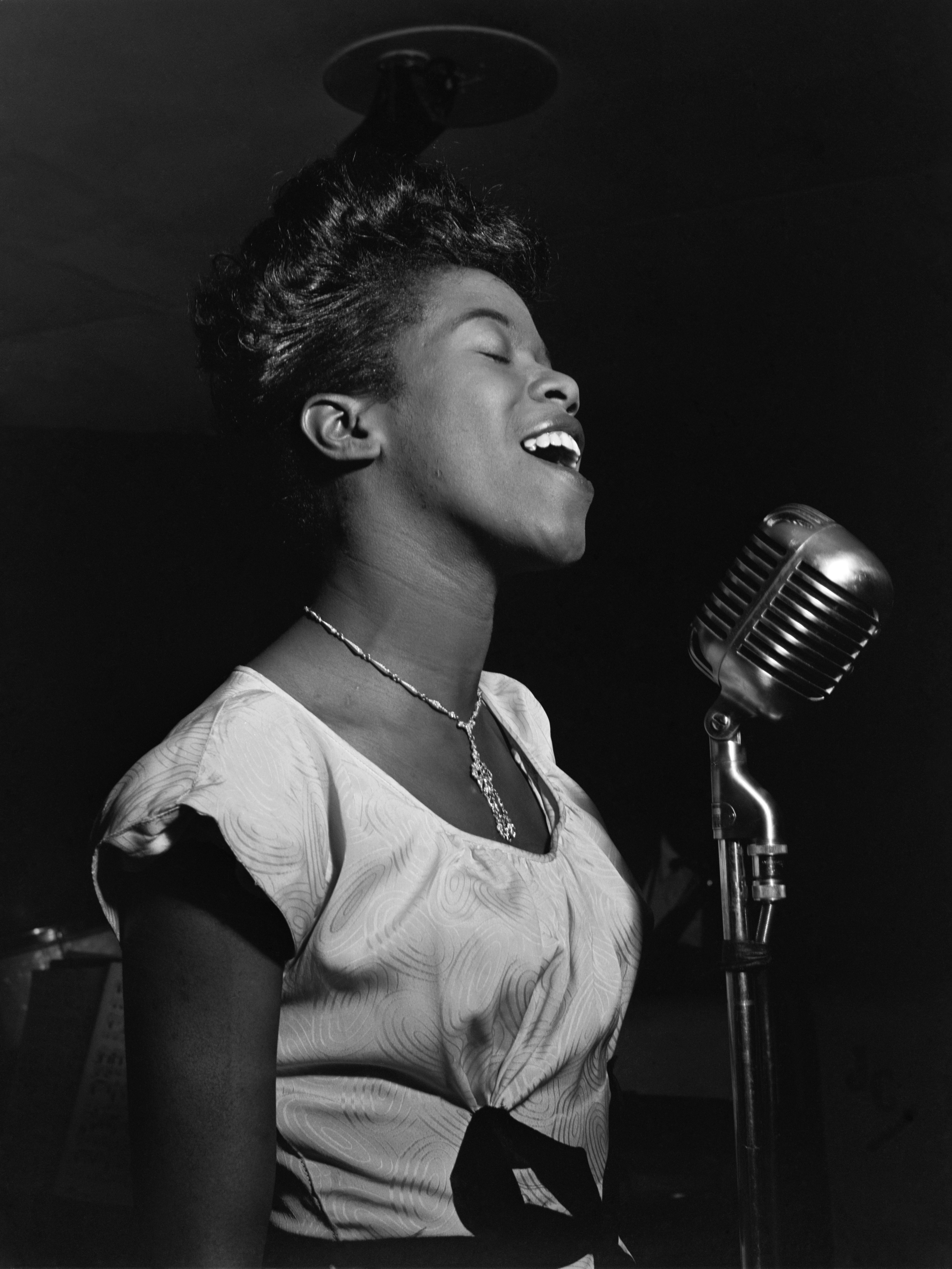 As a young girl, Vaughan had perfected her talents through piano and organ lessons. By the age of twelve, she had started singing in the choir and playing the organ at Mount Zion Baptist Church. After her legendary Apollo performance, Vaughan often performed on television under the affectionately-chosen moniker “Sassy.”

Vaughan possessed an impressive three-octave range and established herself as one of the greatest jazz singers and pianists in history. She received the 1989 Grammy Lifetime Achievement Award and was inducted into the Jazz Hall of Fame not long before her death in 1990.

through Covers of ‘Black Coffee’.” Frontiers: A Journal of Women Studies 39, no.