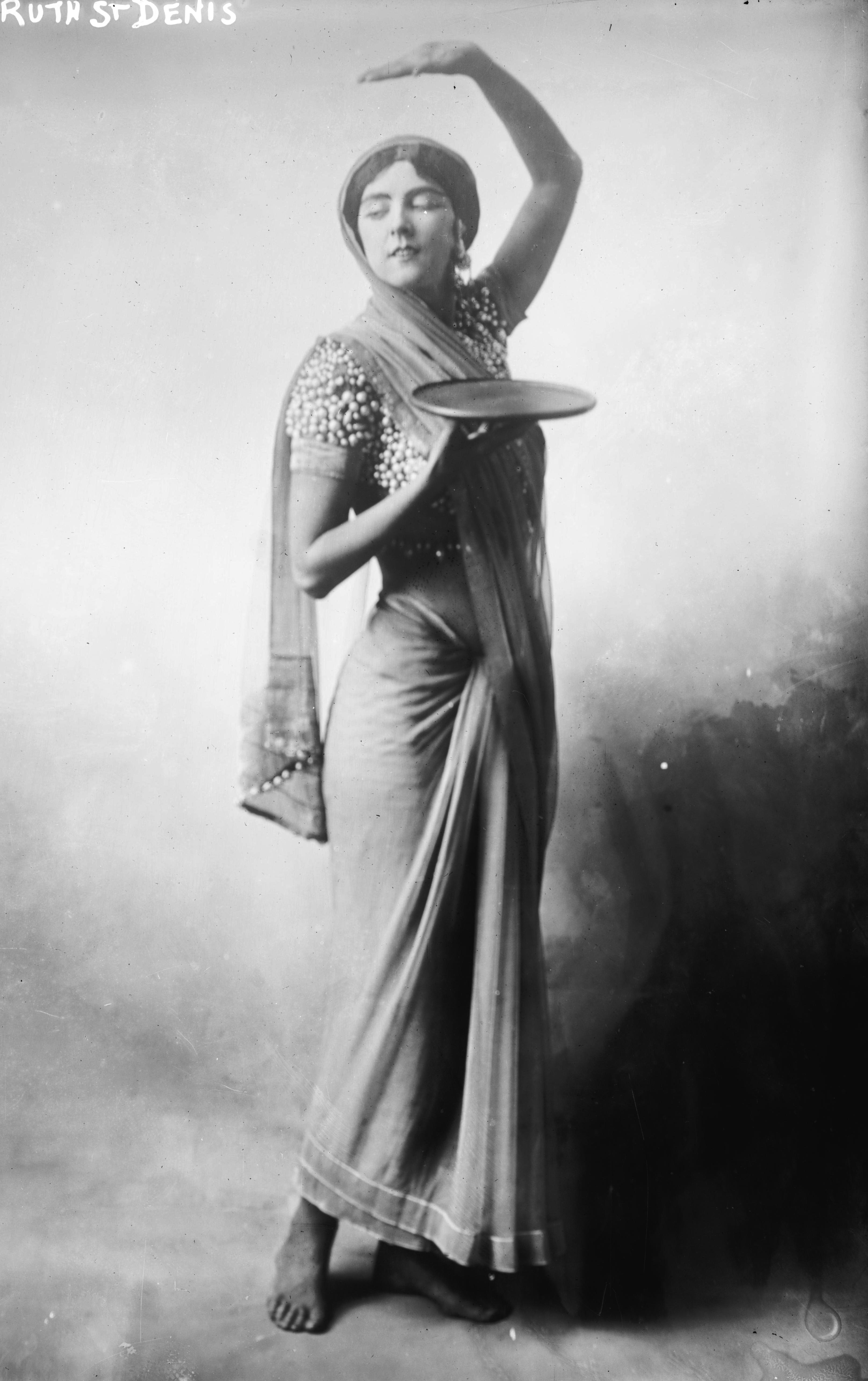 Ruth St. Denis (1879-1968) of Newark is the founder of the American modern dance movement.

She delved into the world of dance as a young girl when she enrolled in Maud Davenport’s dance classes in Somerville. St. Denis’ mother soon took her talented daughter for free lessons in New York City with well-known dancer Karl Marwig.

St. Denis’ style is graceful, with free use of the torso and expressive use of the arms. She landed her first gig in 1894 as a vaudeville dancer at Worth’s Museum. She was later inspired a few years later by the goddess Isis depicted on a poster for Egyptian Deities cigarettes. St. Denis took an immediate interest in the dance and culture of Egypt and later the dances of India. Her fascination with that side of the world inspired St. Denis to choreograph the 1906 piece entitled Radha which brought her fame.

Although some critics labeled her the “Jersey Hindoo”, the majority of the public and press found her innovative use of bare feet, bare midriff, and exotic movement a rather interesting contrast to the more traditional dance styles of the decade. From 1906 to 1909 St. Denis toured Europe and found that Europeans treated her as an artist who seemed to understand the spiritual content at the core of her dance style. In 1915, St. Denis and her husband Ted Shawn founded the Denishawn School in Los Angeles which was dedicated to teaching eclectic styles and techniques of dance. The company relocated to New York City and was renamed the Denishawn Dance Troupe. Its’ mission was to bring dance to small-town Americans during the 1920s. Renowned modern dancers like Martha Graham, Charles Weidman, and Doris Humphrey all began their dancing careers at St. Denis’ company.

In 1938, St. Denis founded and served as the director of the dance department of Adelphi College. She also founded the Authentic School of Oriental Dancing in New York City in 1940. The Ruth St. Denis Foundation was organized in part to assemble, catalog, and record material related to her career.

Whitmer, Olivia. “Dancing the Past into the Present: Ruth St. Denis and