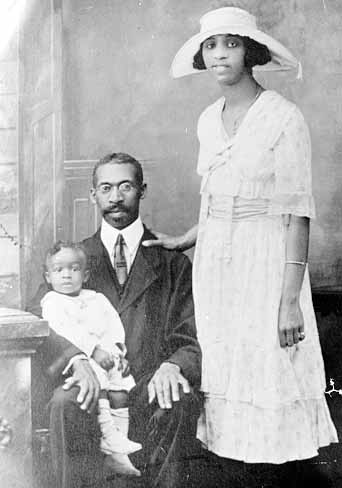 As a young woman, Nellie taught fifth and sixth grade in the Hackensack public schools. The initial circumstances surrounding her appointment as a teacher were quite controversial. The district Superintendent William Stark acted against popular opinion at the time by hiring Parker. Consequently, Stark’s professional career suffered; the day after he hired Parker, Superintendent Stark resigned from his position.

During her early years of teaching, Parker and her family were subject to criticism by the Daughters of the American Revolution and the Knights of Columbus, and subject to harassment by the Ku Klux Klan. The community held town meetings, the press voiced disapproval, and friends and strangers rebuked the Morrow family. Despite the tumultuous start to her teaching career, Parker remained in the Hackensack school system for 42 years. Parker was also a founding member of Black Women’s Business and Professional Organization and helped establish the Mary McLeod Bethune Scholarship Fund.

What happened to Superintendent Stark after resigning? Did this affect Parkers position as a teacher?

What is the Mary McLeod Bethune Scholarship Fund?

How did Parker deal with the negative criticism she and her family received as a result of her job as a teacher? How did she continue to remain in the Hackensack School system after so many people were against it?