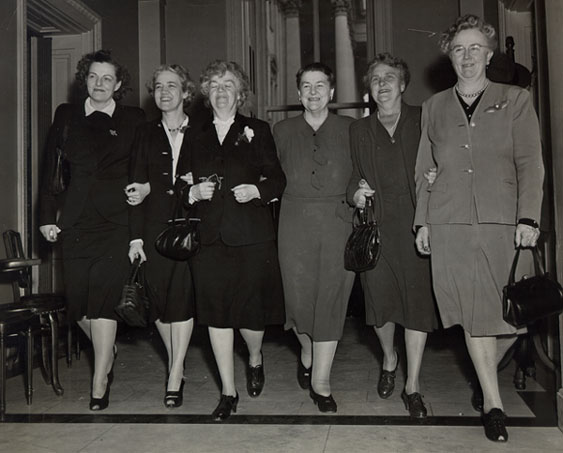 She held the position between the years of 1921 and 1944 and served alternatively as either chair or vice-chair. Earlier in her career, Norton helped to launch the Queen’s Daughter’s Day Nursery, a nonsectarian daycare center for children of working women. She worked at the center for fifteen years, twelve of those years as its president.

In 1923, the Hudson County Board of Freeholders elected Norton as its first Democratic woman freeholder. In 1924 Norton represented the Twelfth Congressional District of New Jersey in the House of Representatives. This win set Norton apart as the first Democratic woman elected to Congress without her husband proceeding her. She was also the first woman elected from an eastern state.

Throughout her career, Norton advocated for full female political participation. She fought for the rights of fellow women as voters, party members, and candidates for office and challenged patriarchy in American politics. In 1946, Norton received the “Woman of Achievement” award from the Women’s National Press Club as a tribute to her successful career and steadfast dedication to the cause of female empowerment.