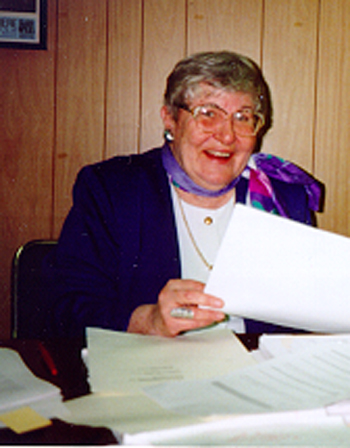 Marilyn J. Morheuser (1924-1995), was the director and leading attorney of the Education Law Center in Newark.

In 1990, the New Jersey Supreme Court mandated that the state provide funding for poor urban school districts equal to the funding provided to the wealthiest districts. This was the first time in national history that a court had ruled to equalize state funding.

Morheuser was also a former nun in the Sisters of Loretto and left the order in 1963. She earned a law degree from Rutgers Law School in 1970 and continued her life of commitment to children and civil rights as a lawyer.