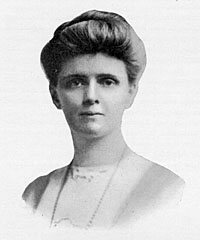 She later helped organize the New Jersey League of Women Voters and then became active in the Republican Party. She served as vice-chairman of the Republican State Committee from 1920 to 1925. In 1928, she ran unsuccessfully for the United States Senate as a prohibition candidate.

What acts did Lillian Feickert do as president of the New Jersey Woman’s Suffrage Association?

Why was Feickert’s attempt to run for the United States Senate as a prohibition candidate unsuccessful?