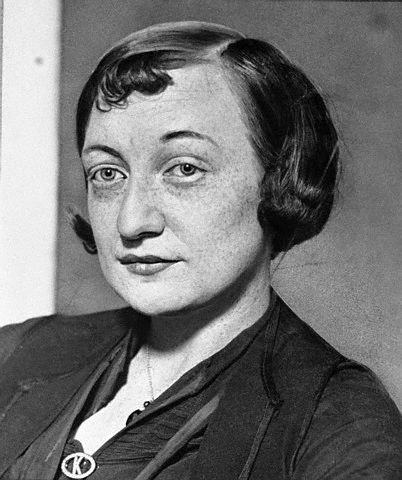 Katherine Schaub (1902-1933), a watch dial painter at the U.S. Radium Corporation plant in Orange was an early victim of radium poisoning. Her death alerted authorities to the dangers of radio-activity.

During World War I, young women employed at the U. S. Radium Corporation in Orange painted luminous numbers on watch faces. These women were directed to point up the brushes with their tongues which led to the consequent ingestion of radioactive paint. After the war, doctors discovered that these women were dying of anemia and a disease called radium necrosis (radium poisoning)which ate away their jawbones.

In the fall of 1923, Schaub began to have trouble with her teeth. Although she had two teeth removed to ease the pain, Schaub was plagued by “gloomy” thoughts and bouts of nervousness. An investigation made by the Consumers League of New Jersey looked into Schaub’s illness. Findings demonstrated that the radium Schaub had ingested at work was plated in her bones, causing necroses, joint deterioration, anemia, and cancers from which she and other painters suffered.

The League campaigned successfully to have radium necrosis recognized as an occupational disease by the State Workmen’s Compensation Board in 1926. This measure occurred too late, according to a two-year statute of limitations, to actually benefit the women who had suffered from radium poisoning. The universal horror caused by this case contributed to a 1941 bill that made all industrial diseases compensable and extended the time during which workers could discover the illness. Schaub succumbed to radium poisoning in 1933 at the age of 31.