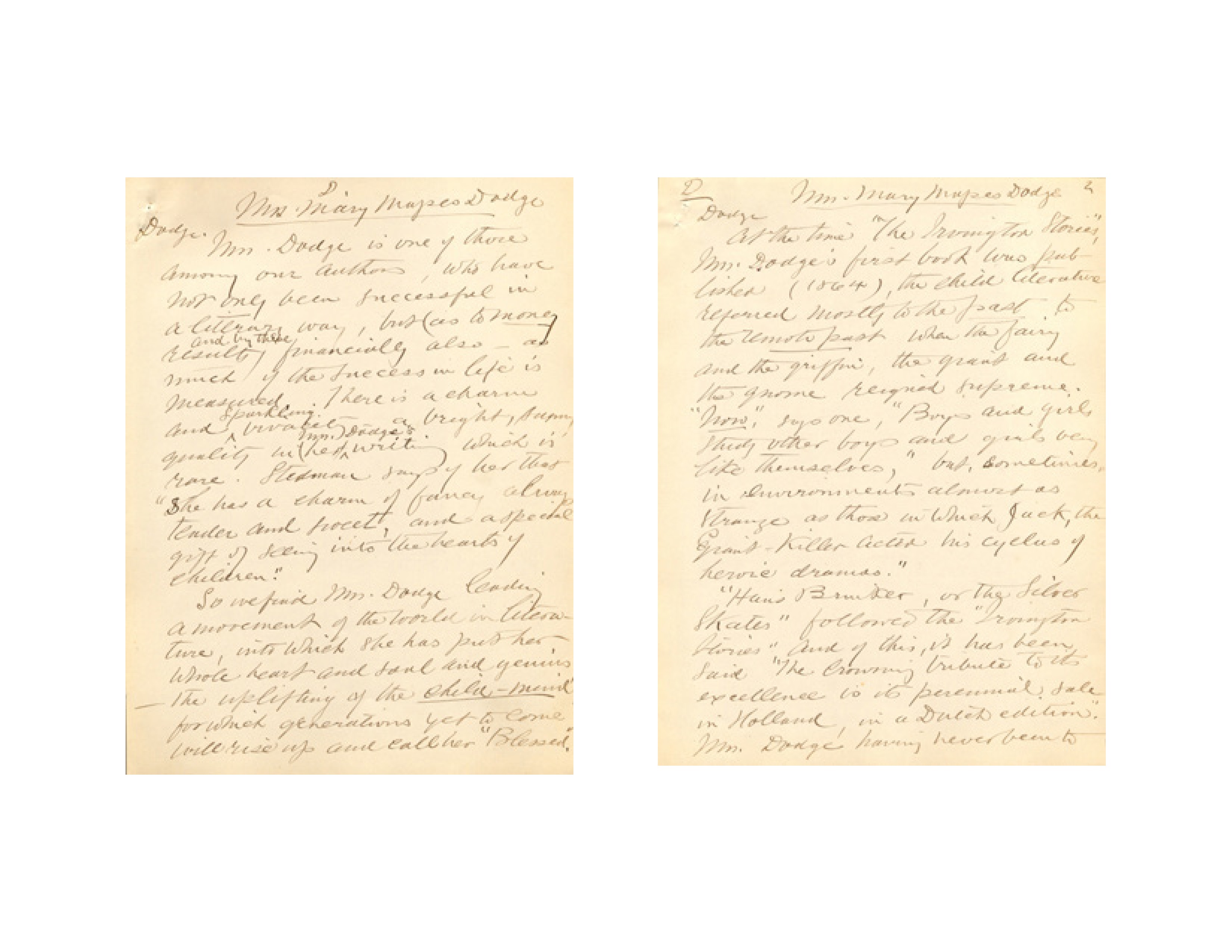 Julia Keese Nelson Colles (1840-1913) was an American academic and a founding member of the Women’s Board of the New Jersey Historical Society.

Colles was born in New Orleans and married George Wetmore Colles, the son of her father’s business partner. The couple settled in Morristown. A graduate of Abbots Collegiate Institute in New York, Colles served as chair of social sciences at Rutgers Female College (New York). She was a member of the Daughters of the American Revolution and one of the founders of the Women’s Board of the New Jersey Historical Society*. In 1893, Colles researched and wrote the biographies of authors associated with Morristown and compiled notes for another publication that would focus on authors associated with Newark.

*Women’s auxiliary groups attached to cultural institutions allowed females the chance to be active in the public arena. Such groups often founded museums and libraries as well.

Why did Colles write the biographies of authors associated with Morristown?

What did Coles do as a member of the Daughter of the American Revolution?