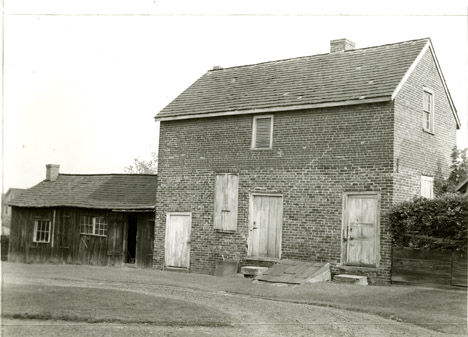 Elizabeth Haddon (1680-1762) was born in Bermondsey, London, England on July 5, 1680. She and her family were Quakers who emigrated to the New World to escape persecution in 1701. After arriving in Newton Township in West Jersey, Haddon met John Estaugh, a Quaker preacher from England. The two married in 1702, and their courtship was described later by Lydia Maria Child, an author whose work inspired Henry Wadsworth Longfellow to write “Elizabeth,” a story from Tales of a Wayside Inn.

Haddon and Estaugh had a house constructed in West Jersey in 1713 on the tract of land Haddon’s father purchased upon their arrival to America. The house was completed with gardens, a distillery, and elegant furnishings. Haddon is attributed with the founding of Haddonfield, New Jersey. Due to her father’s purchase of the property, the land was given the name Haddon’s Field and was first mentioned as Haddonfield in 1735.

Estaugh passed away in 1742 on a trip to the British West Indies while working for the Pennsylvania Land Company. Haddon died in her home on March 30, 1762, and is buried in the Haddonfield Religious Society of Friends cemetery in an unmarked grave.

Why was Haddon’s courtship with John Estaugh an inspiration to Tales of a Wayside Inn?

What does Haddon’s name mean to women in Haddonfield?