Women Workers at the Edison Factory 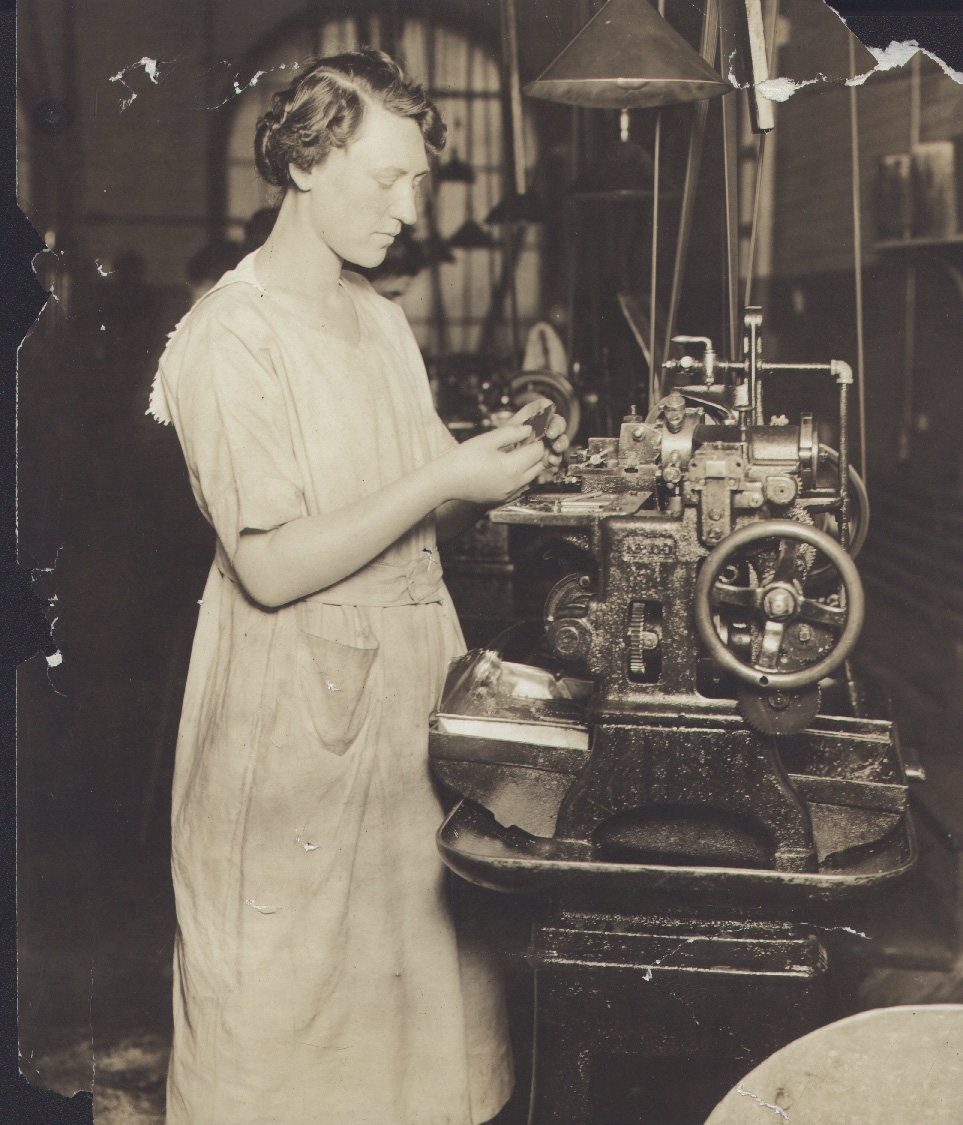 At the West Orange plant, Edison’s laboratories produced alkaline batteries, recorded music, and motion pictures. The now National Historic Site housed the company’s productions in chemistry, physics, and metallurgy, along with a machine shop, a pattern shop, a research library, and experiment rooms. Constructed mostly in 1887, the plant mass-produced Edison’s many inventions.

Like many industrial companies during World War I, Thomas Edison’s West Orange complex experienced a severe labor shortage and began employing women. By 1919, women comprised twenty percent of the workforce. Women learned how to operate the same machinery that men did during their employment with the company. Thomas A. Edison, Incorporated, employed about 11,000 men and women during WWI; however, the number declined to 2,000 four years later. Men and women working in the West Orange factories worked six days per week – ten hours per day Monday through Friday, and five hours on Saturday. Women worked alongside men in the factories to produce necessary items for the war effort, and items for mass consumption after the conclusion of WWI.