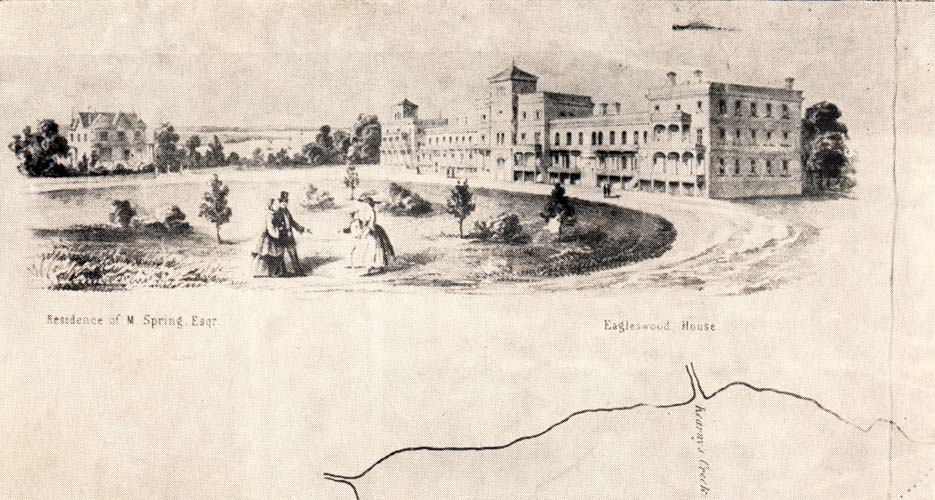 Rebecca Buffum Spring (1811-1911) founded the middle-class utopian communities of The North American Phalanx at Red Bank as well as the Raritan Bay Union at Perth Amboy.

A Quaker abolitionist and education reformer, Spring realized her desire to create a kind of utopian retreat during the early years of her marriage. She had hoped to establish a colony for slum dwellers that would foster an appreciation of art, music, and classical literature. Although both utopian communities were inspired by French socialist Charles Fourier, the Spring couple maintained their own philanthropic, religious, and entrepreneurial motivations.

Spring surprisingly resisted moving to the Phalanx colony; she feared there would be too much regimentation of daily life, and believed the community lacked a religious spirit. As a result, the Spring family branched off in 1853 to found a second community called Raritan Bay Union. The new colony focused on education and Spring opened a progressive co-educational boarding school on the premises. The school encouraged girls to speak up in public settings, act in plays, and excel in athletics.

During the American Civil War, Spring and her husband supported a Virginia-based school for slave children. They also financed a soup kitchen to aid the increasing number of fugitives and refugees traveling north in the wake of the Emancipation Proclamation. Spring also played a critical role in the founding of an art colony at Raritan Bay Union that lasted from 1863 to 1867.

Lasser, Carol. “Conscience and Contradiction: The Moral Ambiguities of Antebellum