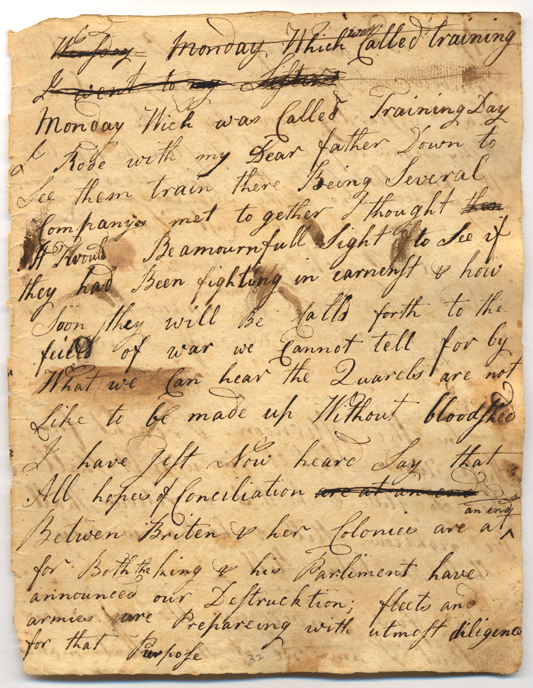 From the diary of Jemima Condict. Image courtesy of the New Jersey Historical Society, Newark, NJ

Jemima Condict (1754-1779) is an American diarist who recorded everyday life and historical events that occurred in Morristown.

The Condict family can be traced as far back as the late 1600s in Newark. Condict began her diary the year she turned eighteen and wrote in it until her death at the age of twenty-five, after bearing a child, Ira. She wrote about her life, her family, and local townspeople and commented about chores, deaths, diseases, the minister’s sermons, and the Revolutionary War.

Condict, Jemima. 1975. Jemima Condict, her book: being a transcript of the diary of an Essex County maid during the revolutionary war. Newark, N.J.: Carteret Book Club. http://www.worldcat.org/oclc/4425970