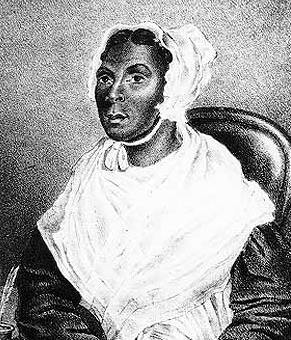 Image courtesy of the Library Company of Philadelphia

Lee experienced a dramatic conversion experience that was not atypical during the early 19th-Century American revivalism period. Thousands were converted in an atmosphere of emotionalism and these intense experiences were often accompanied by visions, dreams and bouts of temporary illness. As a woman, Lee was not initially permitted to preach within the AME church. Despite this temporary roadblock, she continued to feel called on by God. In 1811, Lee was permitted to serve as an exhorter for well-known Bishop Allen. In 1821 she was approved by the church community to lead prayer meetings in a rented house. On a particular Sunday sermon at Allen’s church, Lee interrupted the preacher and spoke of her call to preach. Bishop Allen publicly endorsed Lee as a preacher within the religious community which jumpstarted her 30 year long evangelistic career. Preaching engagements included those in the New Jersey towns of Trenton, Princeton, Burlington, Salem, Woodstock and Snow Hill.