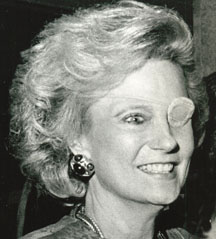 Barbara Boggs Sigmund (1939-1990) was the first woman elected mayor of Princeton when she won the 1983 election.

During her term, Sigmund dealt with issues related to affordable housing and town development. She previously served on the Princeton Borough Council and the Mercer County Board of Freeholders where she held the position of president in 1979 and 1980.

Sigmund grew up in a politically-minded family. Her father, former Congressman Hale Boggs, was a Democrat from Louisiana. He died in a shocking 1972 plane crash in the midst of his term as House majority leader. Her mother Corinne Lindy Claiborne Boggs succeeded him in Congress. Before his death, Sigmund’s father served for 31 years and her mother carried on the family legacy for another 20 years.

In 1974, Sigmund joined the staff at the Center for the American Woman and Politics at the Eagleton Institute at Rutgers University. Princeton University honored her by establishing the 2001 Barbara Boggs Sigmund Symposium on Women and Poverty. Sigmund suffered from cancer for many years of her life and was widely known for her iconic eye patch.